Patsy Fitzgerand won the Irish Open Golf Championship at the 13th hoop in a thrilling and close final beating Charlie von Schmieder. See photo below of Charlie's Jump shot at the 13th which would have won the title.

The weather conditions were very changeable from cold heavy rain to warm sunshine. Nevertheless it was a very enjoyable competition. Photos and results below. 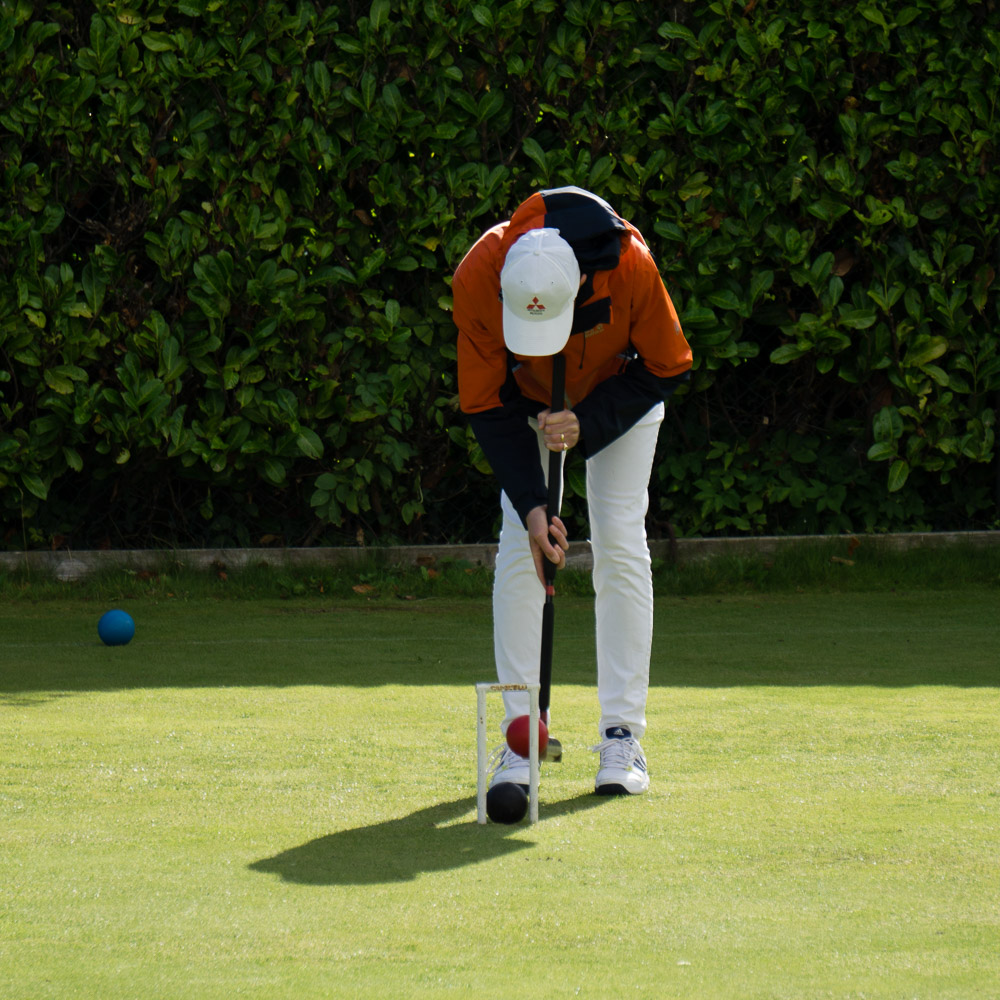 Charlie's final shot at the 13th

The event was played in sometimes challenging conditions. 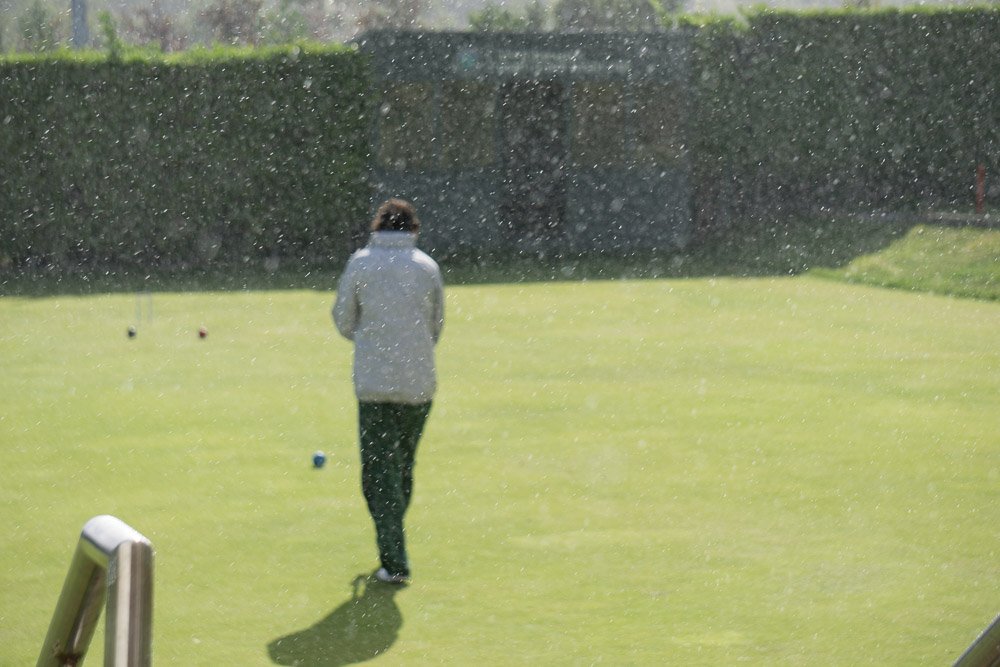 Patsy playing the final in the rain. 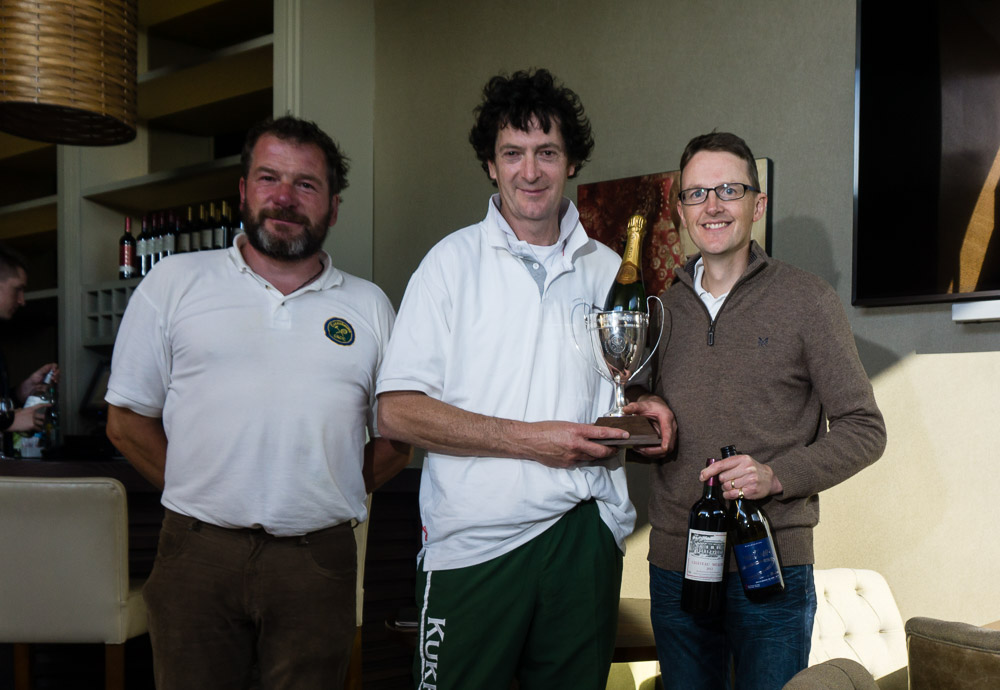 The winner, the runner up and the tournament manager, Simon. 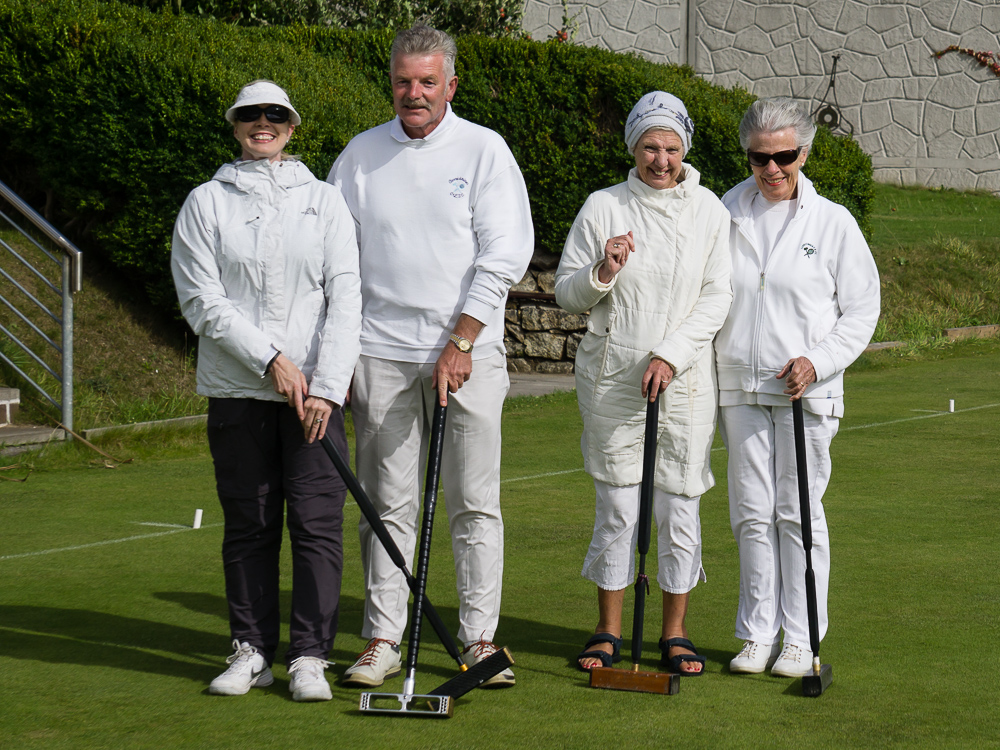