The Balgreen Club in Edinburgh hosted the first ever GC match between Scottish and Irish women croquet players. The Irish team have some experience of playing Spain in the last few years, but it was a first outing for the Scottish team. Rosemary Saunders Robertson, the Scottish captain and star player fell victim to covid just before the match and could not take part, seriously depleting the SCA firepower.   This resulted in a fairly easy win for the CAI players winning 57 of the 76 games played. Charlotte Townsend of the SCA prepared a delicious lunch on the Saturday and both teams enjoyed a very convivial dinner at a pizzeria in town on the Saturday evening, where there was much talk of a return match in Ireland next year.
The team representing the Croquet Association of Ireland was: Jane Morrison (c), Yvonne Marrinan, Patricia Whitty, Karen Davison Perrins, Hillary Whitty, Clair Whyms, Aileen Kirstein and Sylvia Briggs 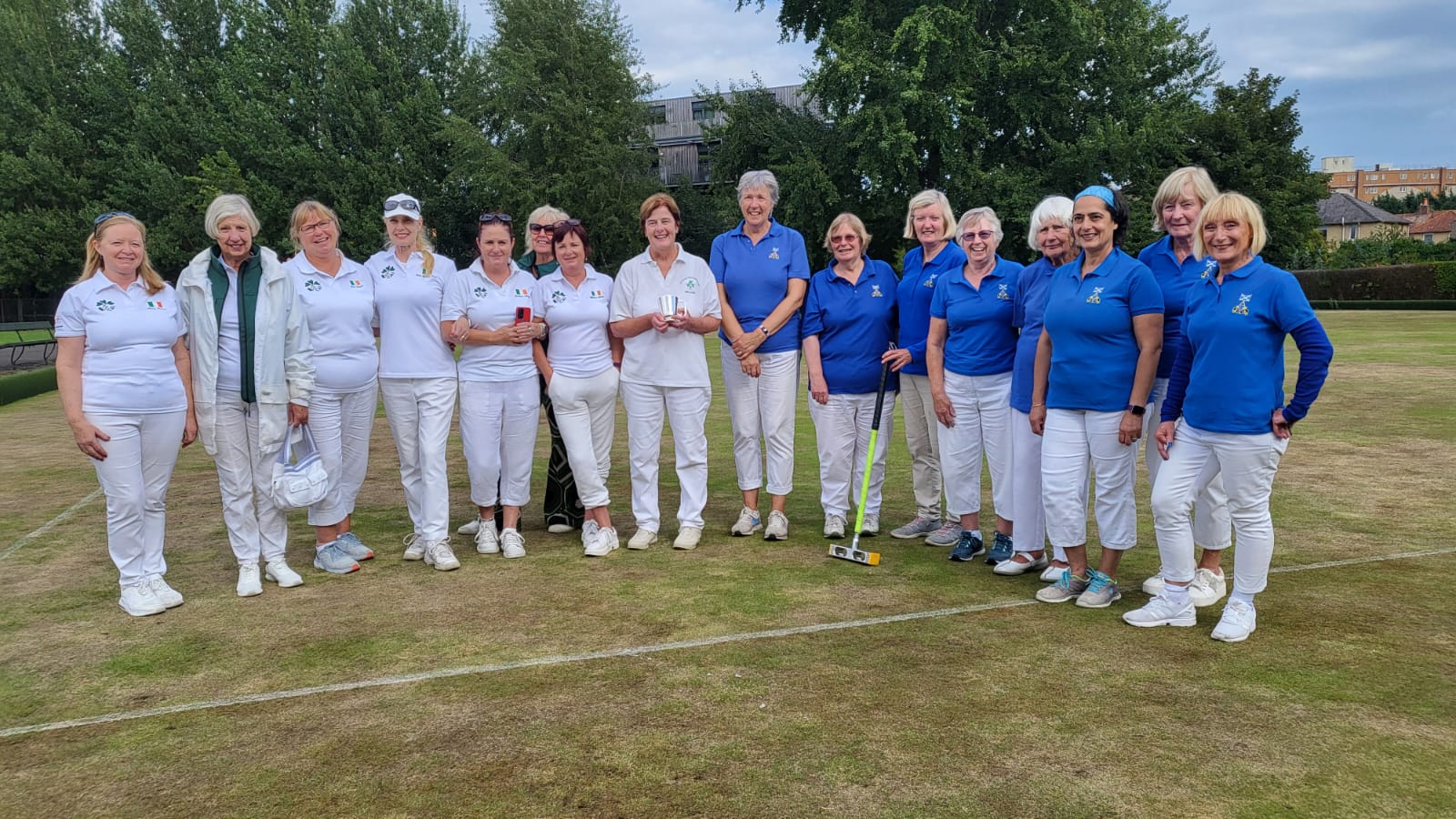