The match ran from Friday afternoon until Sunday lunchtime, so as to use the daily flight from Dublin.
The standard of play was good, with several TPs (failed) giving the crowd its money’s worth. England were 4-3 ahead on Friday evening and never relinquished the lead.
On Saturday heavy rain was falling in the morning but once this ceased the lawns drained quickly and fourteen games were played, with England 12-10 up at close of play. The high point for Ireland was Jane’s victory over James Hawkins in a pegged out game.
The rain was lighter on Sunday but Ireland needed to win all three of the doubles games being played and unfortunately went down -1ot in two of them.
We were looked after splendidly by the Club members, who put us all up, had their annual BBQ on Friday evening, served excellent lunches and even had an Irish flag flying and bunting in the teams’ colours around the Clubhouse! We couldn’t have asked for better hosts and look forward to being able to reciprocate next year. 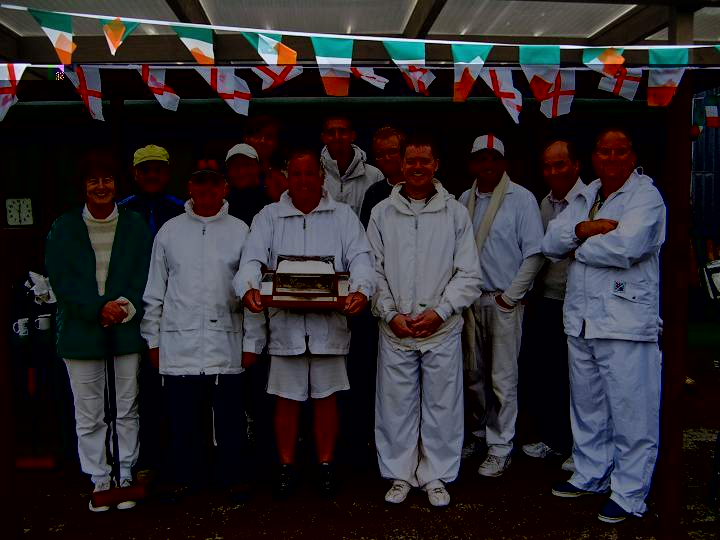