Close, but not close enough for Ireland at the 2019 Home Internationals.

Ireland came third at the 2019 Home Internationals, held at a wonderful venue in Budleigh Salterton Croquet club on Southwest England’s Jurassic coast. In mixed weather, the assembled 5-strong Irish, English, Scottish and Welsh teams battled it out for the glass orb trophy which Ireland last won in 2013 on home soil. The results, which can be found on CroquetScores, indicate that after three rounds Ireland’s total results were 1 loss. This is due to the fact that the contests against Scotland and Wales both ended in a 2-2 draw with 1 match left unfinished with Jane Morrison locked at 1-game all with Martin Murray and Rich Waterman respectively. We in the green shirts are confident she would have closed them out had time permitted!

Ireland fell to a disappointing 4-1 defeat against England, often the key match of the event. Andrew Johnston playing at top position felled the venerable David Maugham in two quick games to put Ireland 1-nil up and in a promising position. Patsy Fitzgerald had chances but ultimately lost out to Dominic Nunns who was undefeated on his Home Internationals debut. Things were looking good for Ireland, with both Danny Johnston and Simon game up on their opponents Samir Patel and Mark Suter, and Jane had also clawed herself back to 1-1 by taking advantage of some tactical naivety from her up-and-coming opponent Daniel Gott. Having failed a TP earlier in the game, missing a roquet after the rover peel, he decided to peg off the peg ball in Jane’s diagonal spread and she coolly finished off her two breaks to level the match! However, at this point, the Irish team couldn’t quite muster the quality needed to finish England off and ultimately the higher ranked opposition pulled away in all three remaining ties.

All in all, a disappointing weekend, but with some creditable performances were put in, with Patsy being the best performer overall with a few excellent games to polish off his Scottish and Welsh opposition 2-0 with a couple of TPs thrown in!

Many thanks to England for hosting, and to Budleigh Salterton Croquet club for their immaculate lawns and excellent hospitality: well worth a visit for an open tournament over there this summer with flights to Exeter and Bristol relatively nearby.

Photos below courtesy of Samir Patel. 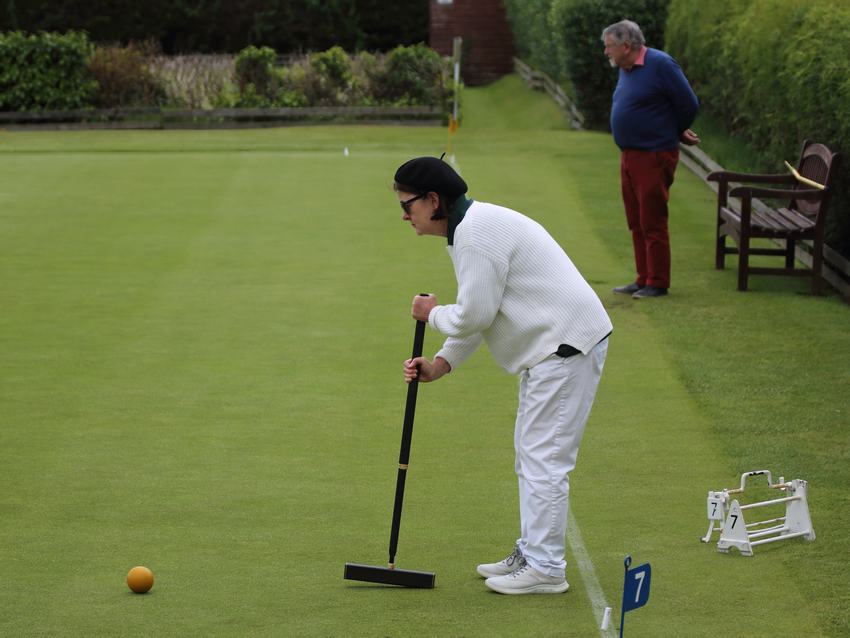 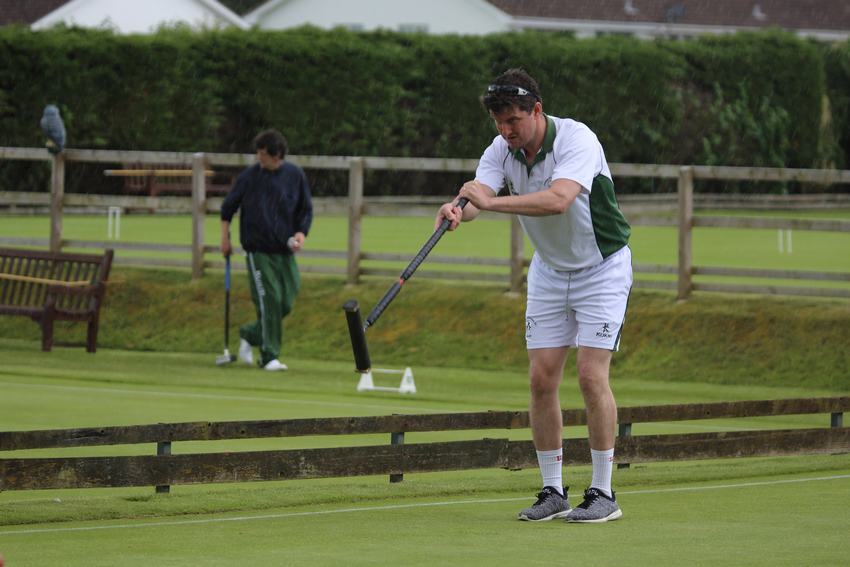 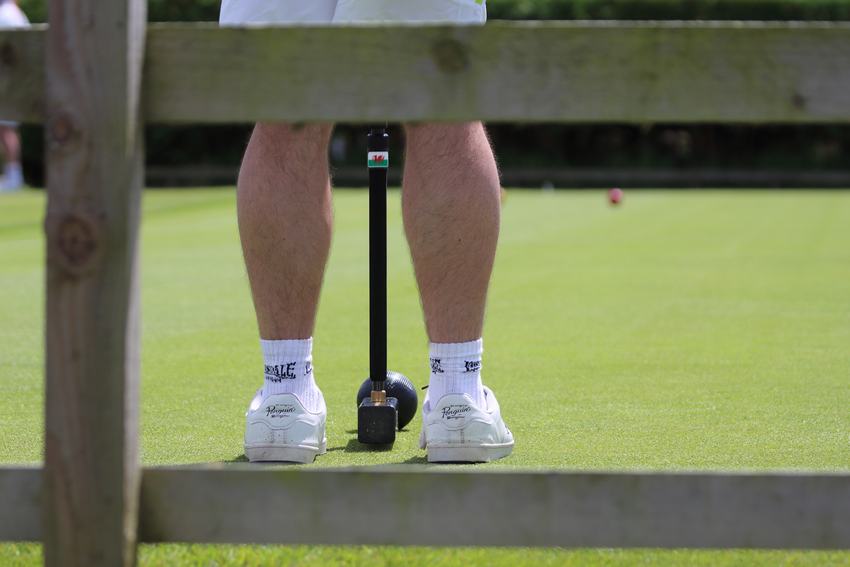 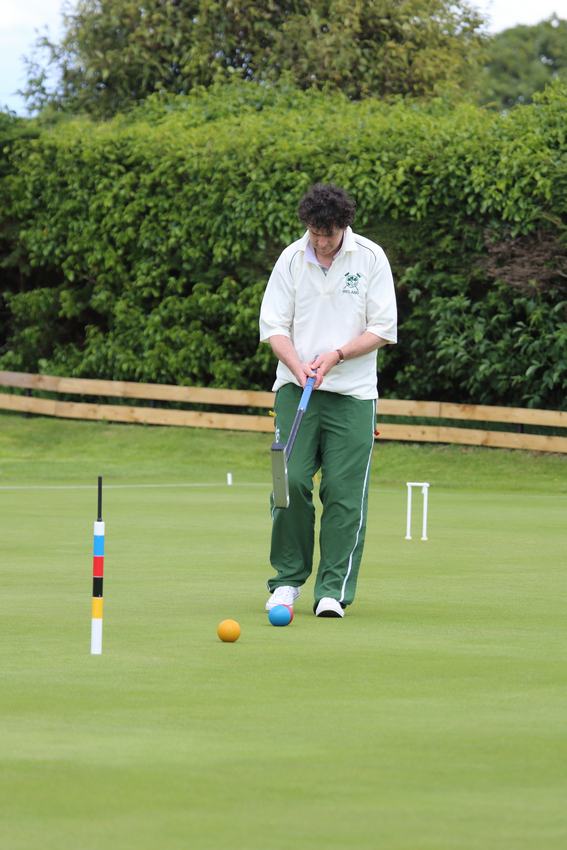