Ireland narrowly avoided relegation at the World Team Championships at Budleigh Salterton Croquet Club by beating Sweden 4-2 to stay in Tier 2.1. Both teams had already lost to the stronger Welsh and Scottish teams and Ireland needed a good performance against the Scandinavians. Both the UK-based pairing of Jane Morrison and Brian Havill and the Carrickmines pairing of Sandy Greig and Alan Looney won the doubles matches on day 1 of the test which meant we just needed to win two of the singles matches on the next day. Brian defeated Simon Carlsson fairly easily, but Alan went down to the talented Joakim Norback. Sandy, despite winning the first game against Joi Elebo was ultimately defeated leaving Jane facing the former Irish Champion Lewis Palmer. At game all, it was time for afternoon tea and a large slice of carrot cake. This worked wonders and the third game was a 26-0 win for Jane.

Meanwhile, a very exciting final was taking place on the show courts. Favourites Wales were looking good against Scotland with two doubles wins but Scotland turned the tables in the singles and local club member David Warhurst of Scotland defeated Angharrad Walters of Wales in a tense final game.

Five other teams from South Africa, Canada, Austria, Germany and the Czech Republic were battling in a lower tier with Canada winning promotion to the higher tier next time.

The heatwave made the conditions very challenging with some treacherously fast lawns in parts alternating with slower green areas. The croquet players congregated in the few shady areas and a sea breeze on the last day was very welcome. The club did a fantastic job hosting the event, welcoming the visiting players and they were very well organised with lunches, coffees, afternoon tea, fish suppers, a paella night and a well-stocked bar. Thank you Budleigh! 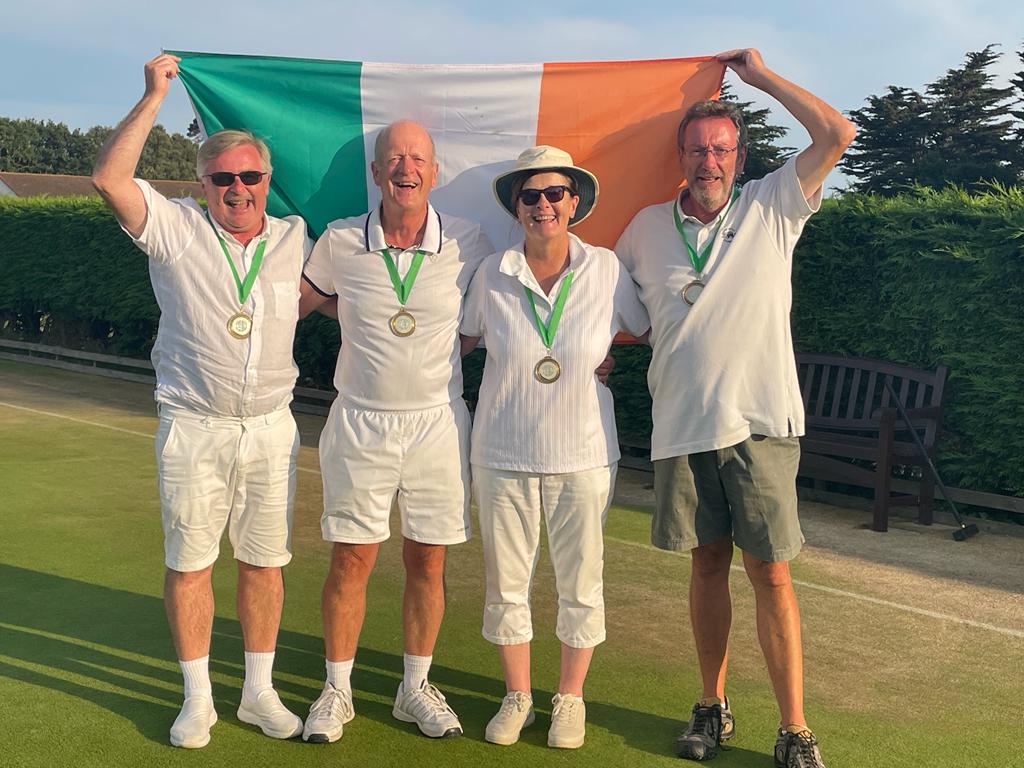