Ireland was represented by Jane Morrison, Nicola Kelly and Clair Whyms at the 3rd Women’s World AC championship which took place in Christchurch, New Zealand in January 2023. They were joined by a couple of players each from Scotland and the USA, five from England and large cohorts from Australia and the host, New Zealand, making 40 players in total. The main venue was the United club with 6 fast lawns with satellite venues at Cashmere and St James.  The day before the event was set aside for practice on the lawns and two of the notorious Quadway hoops had been set up for the players to try out. The opening ceremony and reception took place in the evening.

The fine summer weather broke overnight and some serious rain continued the following morning washing away any chance of play until late morning at United and even later at the other venues, giving manager Chris Clarke an immediate problem which was ultimately resolved by using the block play-off day to catch up on the unplayed and pegged down games. The weather improved for the rest of the week and the fast lawns combined with the Quadways made for very tricky conditions leading some players to adopt an extremely cautious Aunt Emma style of play which resulted in very slow, low scoring games. One English player reported that it was 1.5 hours into one of her games before either player approached hoop 1. Any peeling attempts were widely regarded as reckless and futile. While none of the Irish players made it through to the knockout stage, Jane ended up in a 3-way playoff for the last place in her block but was defeated in a late evening game by Lorna Dewar of Scotland, a game enlivened by the spectators who were cheering every shot while the barbecue was in progress. (This was one of the few nights the club bar was open.) Nicola had 4 wins in her block and Clair, in her first big AC event, had some close games and the privilege of playing Jenny Clarke, the World No.1.

Congratulations to Debbie Lines of England who defeated Gabrielle Higgins in a best-of-three final.  This was a long hot day - the hoops had been further reduced to 0.6mm for the final which resulted in the second and third games going to time. It was a well-deserved victory for Debbie, having defeated reigning champion Miranda, and world No.1 Jenny on her way to the final.

Many thanks to Croquet New Zealand and the three clubs that hosted the event. We were made very welcome at all the clubs and were well watered and fed during the long hot days of play. We renewed and made many friendships with the other players and learned a huge amount from the experience. Many thanks to Sport Ireland for their support ahead of the championship and many thanks also to the Croquet Association of Ireland for backing women’s croquet. 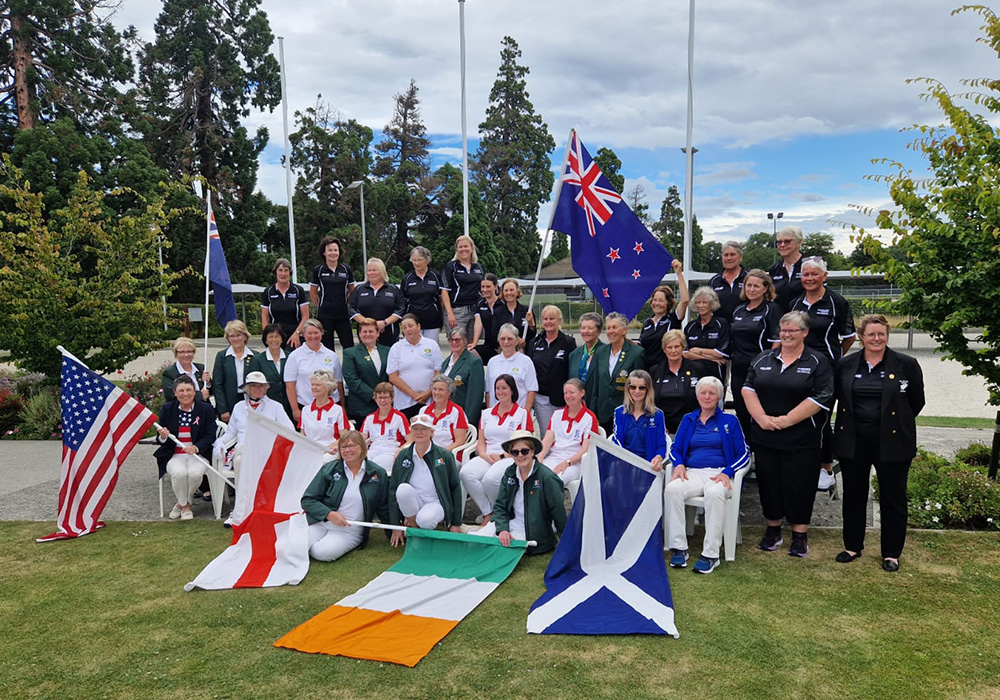 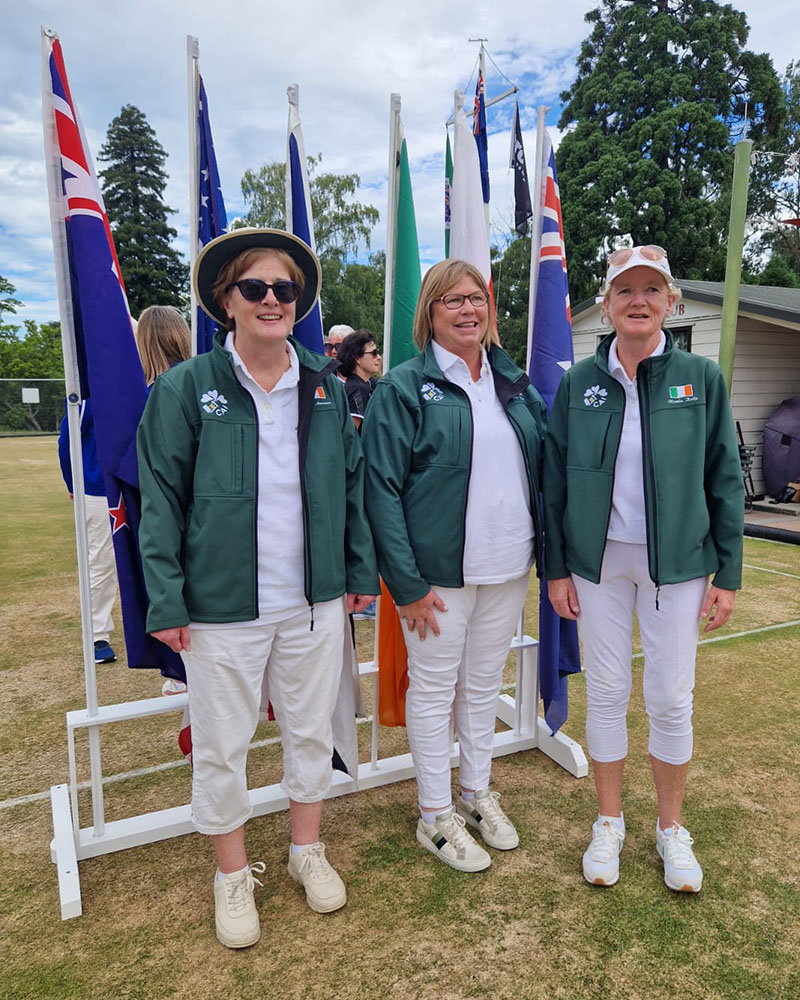