The premier Irish Croquet Tournament of the year – The Croquet Championships of Ireland - was played at Carrickmines from 31 July to 7 August. Due to Covid there was only 1 overseas entry but nevertheless there was a strong overall entry of 36 players. There were 9 separate events in the Tournament, both singles and doubles, and catering for different handicap levels. The Tournament was superbly managed by debutant manager Alan Looney, the weather was mixed with the splendid new awning providing protection from sun and rain. By general consent the afternoon teas were of the highest quality, thanks to Patricia Burke who coordinated a small army of providers. And Helena Kelly provided excellent sandwiches despite the challenge of Covid.

The Tournament was sponsored by COADY Architects, and awards to Dave McGrath (for his original daily commentary) and Simon Williams, Carrickmines groundsman, were sponsored by the Secret Book and Record Store.

The winner of the Singles Championship was Andy Johnston who defeated Simon Williams in the final. Photo of Andy with the cup is below. 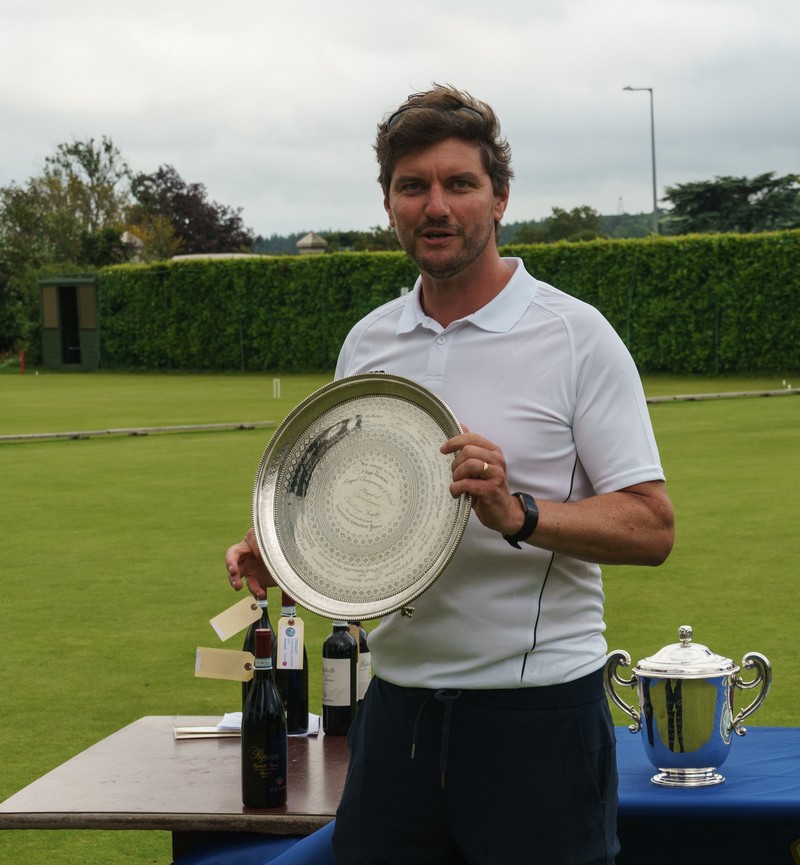